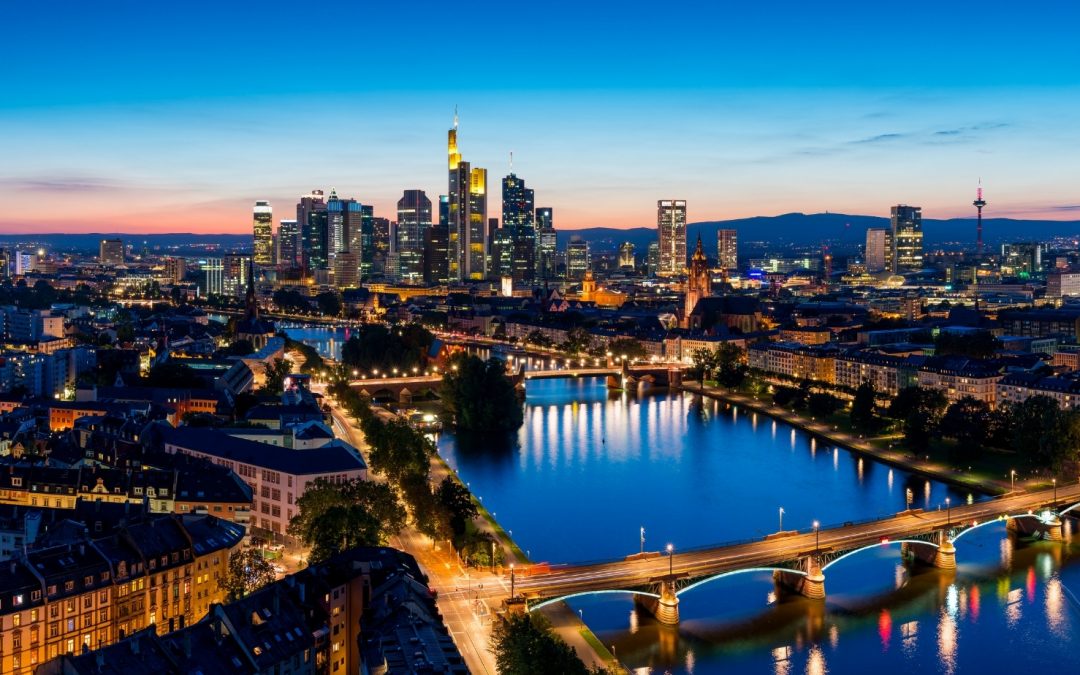 Germany is one of the number 1 travel destinations in Europe. It’s filled with medieval castles, world-class museums, and romantic walled cities straight out of fairy tales. It also has the largest population in Europe at 82 million people and the largest economy to boot with more than 30 of the top 500 companies by revenue in the world.

So when we think of a destination like Frankfurt, often called the gateway to Europe, we tend to think of airports, business and banking. Not only is it home to one of the most important stock exchanges, but houses the European Central Bank, responsible for the Euro currency, the second most traded forex currency in the world. As expected, we can find all major German banks’ headquarters plus heavy representation from all the world’s most prominent players. Having said all that, Frankfurt is still a historical city mixed with the shine of the modern banker funded skyscrapers. So let’s put money to the side and look at some cultural and interesting things to do in continental Europe’s financial capital. 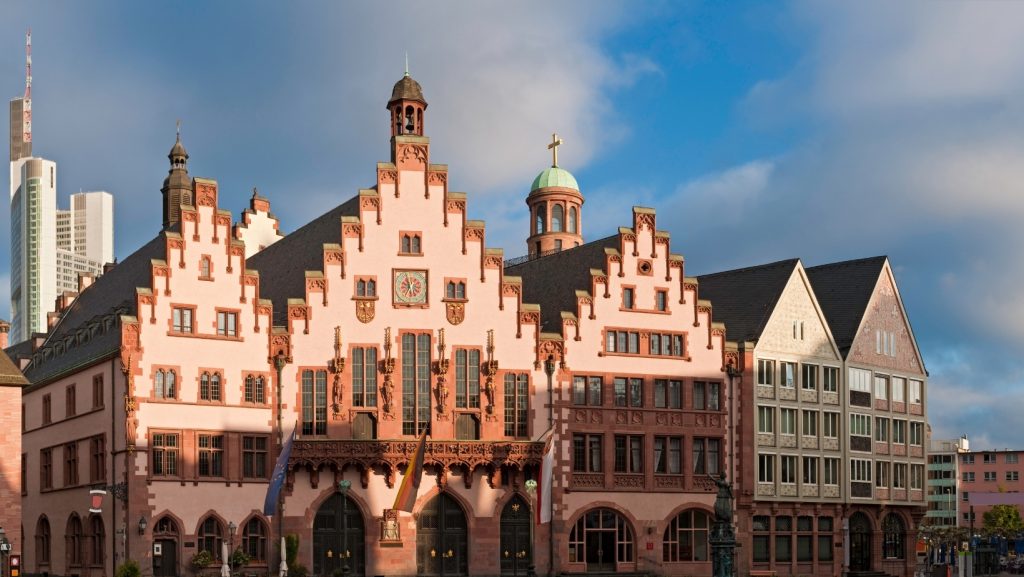 The Romerberg, also known as the Roman Mountain is the historic centre of medieval Altstadt; it allows you to see how all of Frankfurt used to look. This square consists of many interesting buildings, with the Justice Fountain in the middle. The New Town Hall, the Gothic church of St. Leonhard, the St. Nicholas Church and the History Museum are just a few of the most important ones. It is historically significant because it was home to Frankfurts first fairs in the 13th century; today, you can enjoy its renowned Christmas market.

Established in 1815 by Johann Friedrich Stadel, this is one of Germany’s oldest museums. It shows off more than 700 years of art, with a focus on the Renaissance, Baroque and contemporary art. Here you can find works of Rembrandt van Rijn, Jan Vermeer, Claude Monet, Pablo Picasso, Sandro Botticelli, Francis Bacon and many more. You can take a guided tour in English and even enjoy a cup of coffee on the premises. The admission is free for kids under the age of 12, and the online bought ticket of adults is 14 Euros. 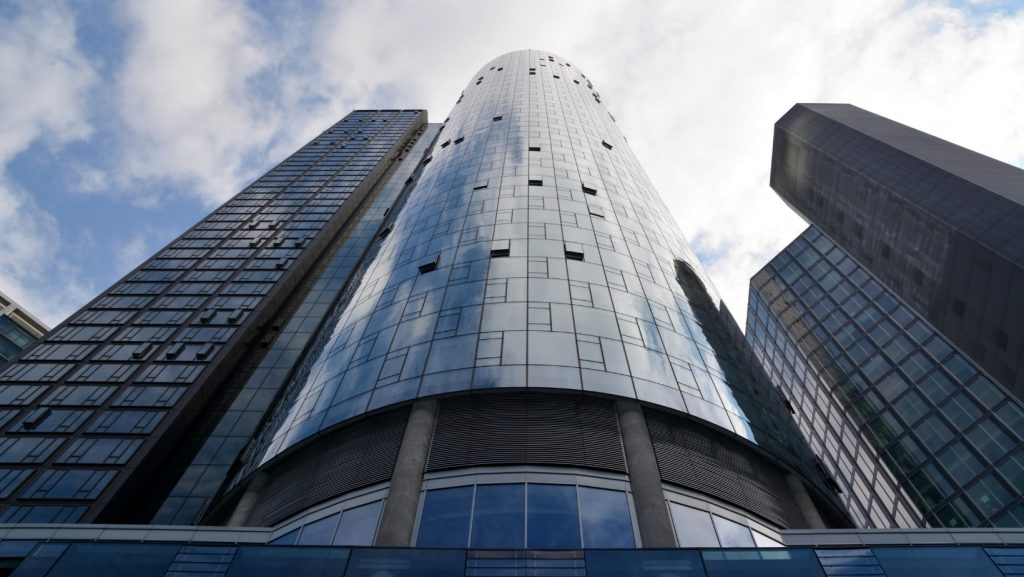 Enjoy the view from the Main Tower

If you want to take in the incredible city of Frankfurt from a higher vantage point, the Main Tower is the place to go. Named after the River Maine, which flows through the city, it is bound to take your breath away with its 56 story height. It is the 4th highest building in Germany and was constructed in the late 90s. Here you can enjoy a cocktail, appreciate some modern art and even workout. The observation deck is open until 11 in the evening on weekends, and the admission price for adults is 7,50 Euros. 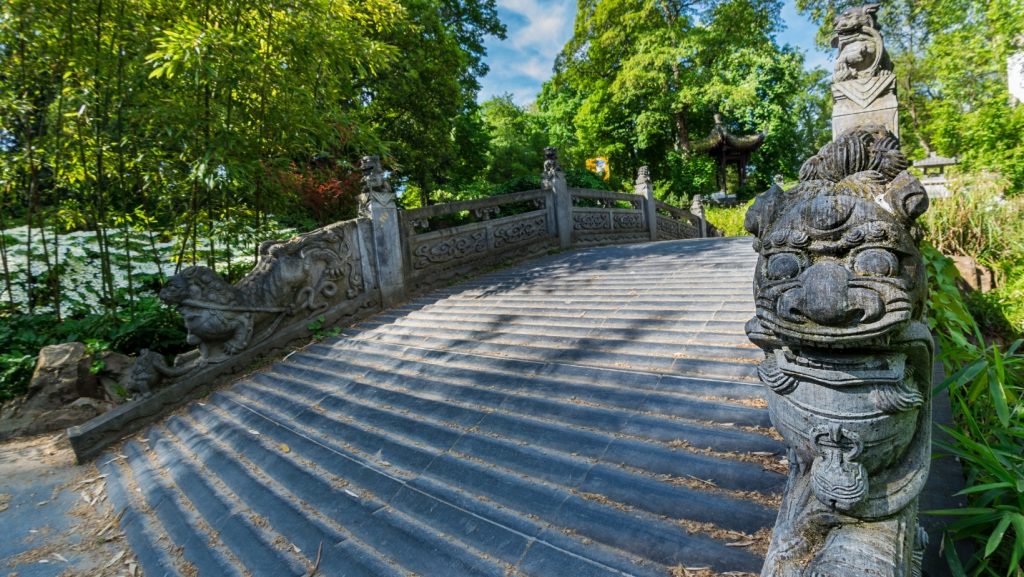 Breathe the fresh air at the Palm Garden

Spread over more than 50 acres the Botanical garden showcases various plants and trees from all over the world. It was founded by the people of Frankfurt in the 19th century and is one of three botanical gardens in the city. It consists of smaller units such as The Rose Garden, the Palmenhaus, the Garden of Rhododendrons, The rockery, Heather Garden, Cactus Garden and many more. Why not take a guided tour while your kids play in the playground. The entrance ticket is 7,00 Euros for adults and 2 Euros for children under 14 years of age. 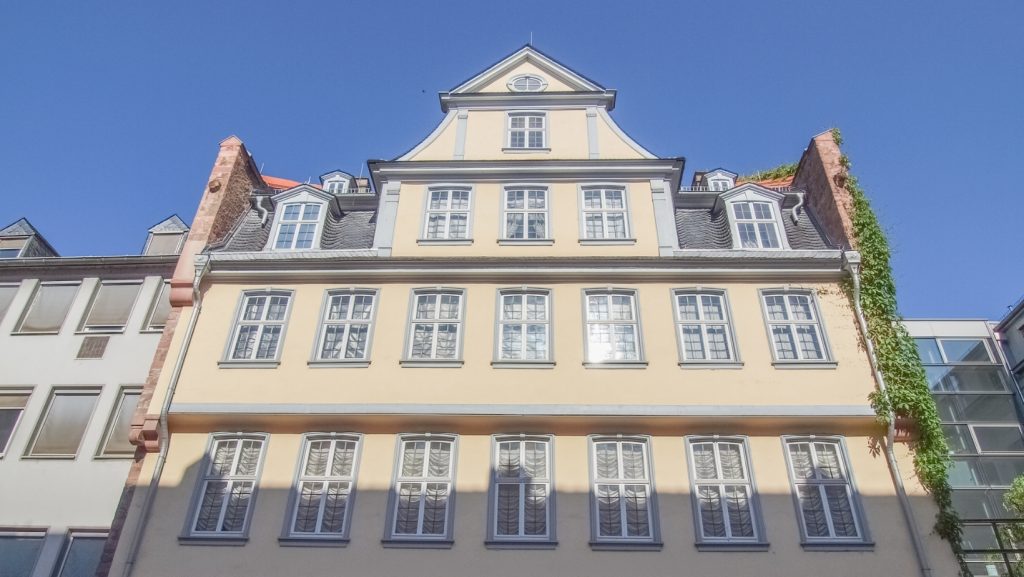 Take a tour of the Goethe House

The Goethe House, home of Germanys most esteemed writer Johann Wolfgang von Goethe, is right next to the Goethe Museum. Born in 1742, Goethe spent much of his early life in the house, as he talked about in his autobiography Out of my Life: Poetry and Truth. His father was a lawyer by trade, and his mother was the daughter of the mayor. The house itself was built in the 1600s in a wooden-fronted style. This is where he wrote Faust, The Sorrows of Young Werther and Gotz von Berlichingen, so if you want an exclusive peek into this writer’s everyday life, his home is right as he left it, with the furniture and paintings intact. The admission fee is €7, and kids under 6 years olds can get in for free.

“Enjoy when you can, and endure when you must” – Johann Wolfgang von Goethe

Although Frankfurt might be the financial capital of Germany, more synonymous with, banking, stocks and money, it still has some impressive cultural site to visit. Next time you visit, or maybe have a bit of time before a flight from one of the busiest airports in the world, take the time to see the sights.