Francisco goya’s the second of may, 1808 depicts? 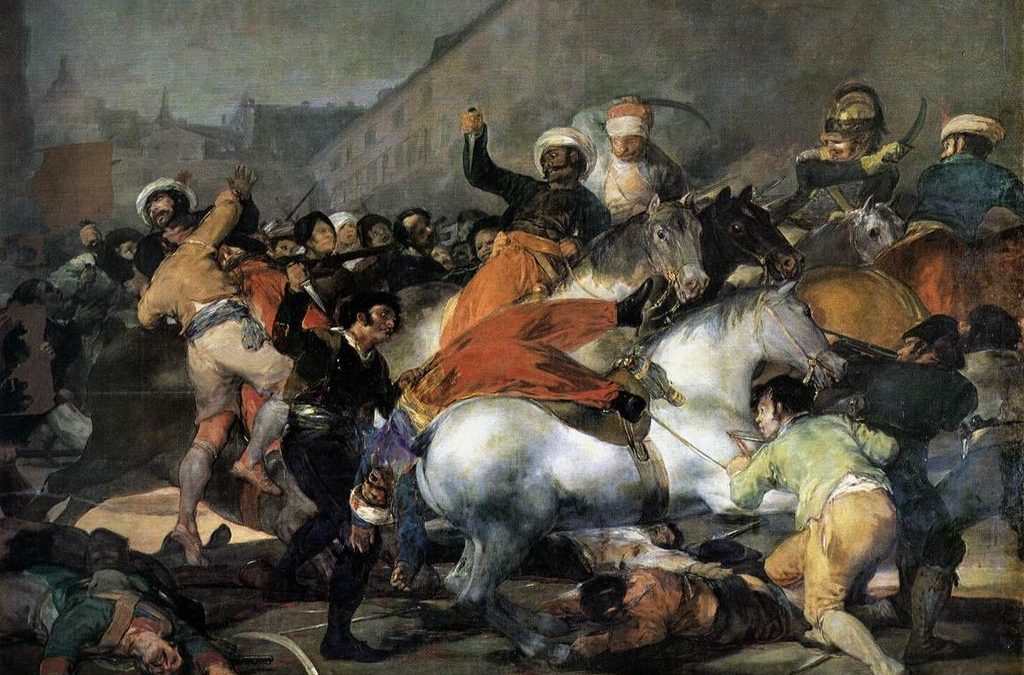 One of the most famous paintings in Spanish history, Francisco Goya’s The Second of May, 1808, depicts the charging of the Mamelukes of the French Imperial Guard against the local citizenry. One of two pieces commissioned in 1814, the painting represents a darker stage in Goya’s art, inspired by his first experience of the French occupation.

Francisco Jose de Goya y Lucientes was a Spanish painter in the late 18th and early 19th century. He was raised by what might be described as a middle-class family of the time and started painting when he was a teenager at the age of 14. He worked in Madrid with Jose Luzan y Martinez, who was working under Anton Raphael Mengs at the time. When he got married, his life got a bit darker because his wife Josefa had a number of miscarriages which resulted in only one son in the end. He was recognized in 1786 and started painting portraits of aristocrats and royalty for the Spanish Crown. He quickly climbed the rungs of the aristocratic social ladder and soon enough became the Prime Court Painter and Director of the Royal Academy. He painted La Maja Desnuda and Charles IV of Spain and his Family, influenced by the great Diego Velazquez. In 1793 he succumbed to a mysterious illness that results in his deafness; after this, his paintings got darker.

The start of the 19th century was a turbulent time for Spain as it was for all of Europe, facing the aftermath of the French revolution and the rise of its new republic. As France tried to gain control of much of Europe including the Iberian Peninsula The two countries began as allies and occupied Portugal, but the tables turned when Napoleon tried to seize the Spanish Crown in 1808 and install his brother Joseph on the throne. He wanted to remove Ferdinand VII of the Bourbon Dynasty. The same royal line that is head of state today in Spain. The Spanish people rebelled. The end of the war resulted in Napoleon’s defeat and Ferdinand VII restoration to the throne in 1814.

On the 2nd of May, a crowd gathered to prevent Francisco de Paula’s removal, the brother of Ferdinand VII. This quickly escalated when the Imperial Guard opened fire on the people, street fighting spread through Madrid, leaving hundreds dead.

Francisco Goya was in Madrid at the time of the wars; influenced by the bloodshed and his personal problems, he created two masterpieces, The Second of May 1808 and The Third of May 1808. He also created an etching series Caprichos and Los Disparates, and paintings depicting mental asylums, fantastical creatures, and forms of corruption; these were the effects of the war and his deteriorating mental health as he could do nothing but watch his fellow men lose their homes and lives. This dark tone would become even more pronounced later in life with his most famous painting Saturn Devouring His Son. In the 1820s, he created the Black Paintings while he was in self-isolation; he finally left Spain and moved to France, where he completed his La Tauromaquia series. 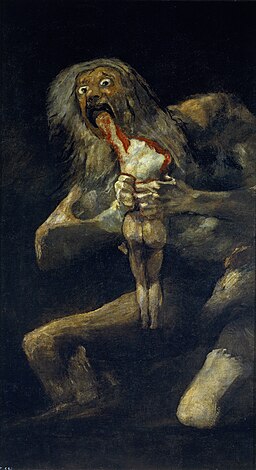 The return of the King

While Joseph the First was on the throne, Goya painted for French patrons and sympathizers while remaining neutral in the war itself. He was commissioned by the reigning council to create paintings of the war, he then began painting The Second of May in the last stages of the Napoleonic wars. The painting itself does not single out or focus on one subject but rather encompasses the chaos of the time and shows the locals in a heroic fashion. When Ferdinand VII returned to Spain, their relationship deteriorates; he continued to paint for the court but was not commissioned to paint the king himself. Ferdinand didn’t like his painting The Second of May as it showed regular people in conflict with a professional army. 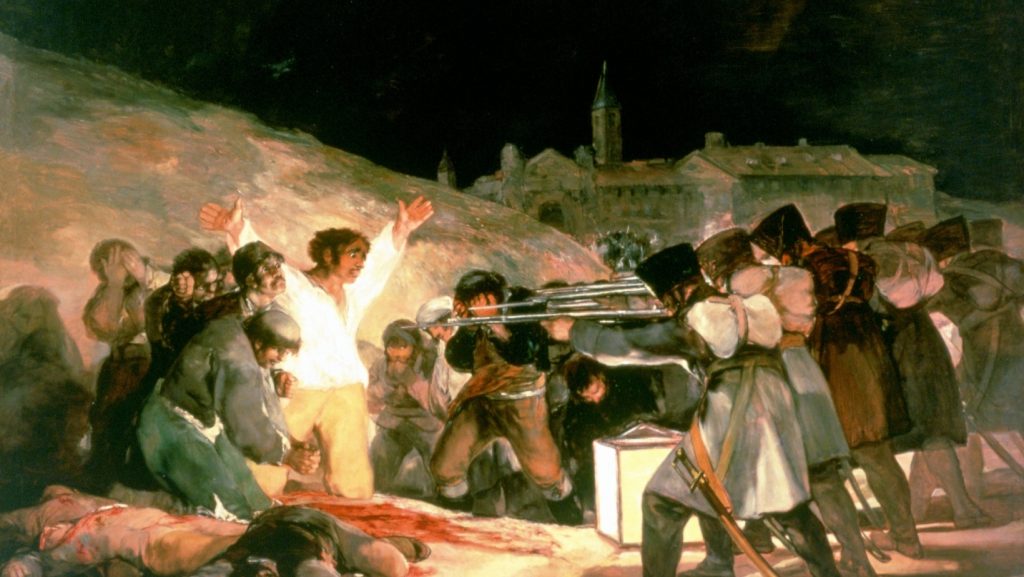 Where is it today?

Today this masterpiece is kept at Madrid’s famous Museo del Prado along with the companion piece The Third of May, 1808. In 1961, the movie “The Happy Thieves” was released. The movie was based on the Richard Condon novel “The Oldest Confession”. The character’s audacious plan is to steal the painting and hide the crime with a copy. Francesco Goya remains an influential artist who allows us a unique insight into his disturbed mind. In his final days, he suffered a stroke and started losing his sight but always continued to create. We can look up to him as he led a difficult and unusual life but always managed to find a silver lining.