The Industry That Dominates: History of Esports Betting 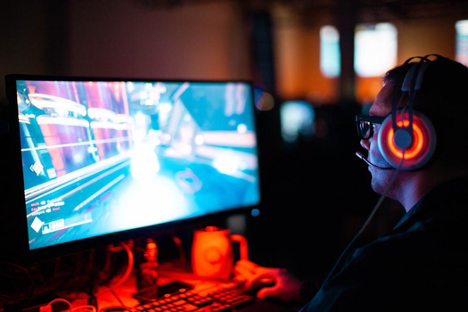 Esports is an industry worth billions of U.S. dollars.

A wide range of participants, including streamers, sponsors, and bookmakers, contributed to making this competition one of the most popular globally speaking and some cities in the world to become even better ‘bait’ for gamblers. The history of eSports betting speaks in favor of the fact that eSports is not a trend and that its popularity will not disappear in the near future. Esports is very dynamic, and things can change quickly in it. It is this fact that makes eSports betting lucrative but also exciting.

The term “eSports” refers to regional or international video game competitions that pit professional and amateur players against one another. The worldwide eSports market is worth just over $1.08 billion in 2021, up over 50 % from the previous year. In addition, the global market revenue of the eSports sector is expected to reach $1.62 billion in 2024. In terms of revenue, Asia and North America now represent the major eSports marketplaces, with China alone accounting for over a quarter of the market.

Now, since we got your attention, here comes the text about the history of sports betting. Regardless of that, we believe that you are sufficiently informed and that you know a lot about this competition. Then why not find out the facts without which the history of eSports betting would not be where it is nowadays? 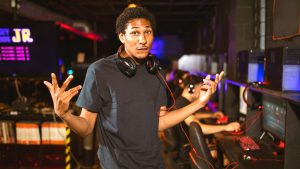 Esports goes all the way back to the 70’s

How Did It All Start?

The history of eSports betting dates back to 1970, when the video games “Asteroids” and “Invaders” were released, both of which were among the most popular at the time. With their publication, the era of arcade games began, but also the arcade era in the history of eSports. During the ’70s, video games were usually popular for four to six months, and the market was extremely competitive. This industry continued to develop during the ’80s, only to exceed the revenues of Hollywood movies at one point.

Video game consoles, as well as computers, became more affordable during the ’80s, and passionate video game fans began to organize competitions on the local network (LAN). They would connect computers and consoles to the router and then enjoy playing video games that were designed for multiple players. The popularity of video games like “Counter-Strike” and “Quake” began in the ’90s.

The Internet was becoming more and more accessible, so video game fans could finally connect in this way with players they don’t know in real life but with whom they share the same passion – the love of a good shooter game. All of this further popularized video games. And then, at one point, the players decided to gather around and form professional teams for tournaments. It was these tournaments that attracted a lot of attention, but also viewership – many fans were finally able to watch the achievements of the teams in video games live.

Twitch is one of the first platforms to offer live streaming of eSports tournaments. About 10 million spectators around the world follow these events, and the uncertainty during the betting on the favorite team is indescribable. Immediately after the traditional sports that people bet on the most, there are eSports bets. Esports fans started betting on their teams, which led to the launch of many eSports betting shops, where you can place a bet on even such banal things as using certain skins. This type of betting is prohibited somewhere, and where it is allowed, it is strictly controlled. 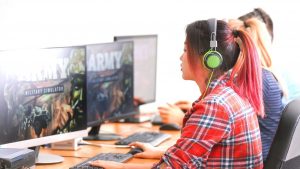 When Does Esports Betting Reach Its Peak?

The history of betting on eSports tells us that bookmakers quickly realized that the future is in betting on it. That is why most licensed bookmakers have made an effort to offer the best possible odds in order to attract as many betting fans as possible to eSports. It was immediately clear that the video games CS: GO, LoL, and Dota 2 were the most played, and therefore the most-watched, so most bookmakers narrowed down the selection of video games to them. Despite that, the craze for it didn’t seem to subside. And so it is today.

Today, betting on eSports has surpassed traditional sports betting. Special teams, numerous exclusive competitions, leagues, together with prizes amounting to several millions of dollars, contributed to eSports becoming one of the bookmakers’ favorite predictions options. There are countless eSports betting websites these days. They differ in the additional services they provide, for example, streaming and chatting. Most importantly, they differ in the odds they offer, and this is probably the second most important aspect to consider when choosing a betting platform. Certainly, the most important aspect is the credibility of the platform.

This advanced industry threatens to overtake all the others and not only because of awards, funds, and competitions but also because of numerous other benefits. One of these benefits is the discord channels on online betting platforms where you can participate in numerous discussions and win various bonuses and prizes. That is why we invite you, if you are a fan of eSports, to join and become a valuable member of one of these online communities. This will help you a lot to enjoy betting on eSports (if that is your thing) and discuss the odds that online bookmakers specializing in eSports (but now almost all bookmakers have eSports in their sportsbooks, while the odds are especially great here) offer and get tips on how to smartly put in money that will turn into profit.