Who are Some of the New Artists to Watch in the South African Art World? 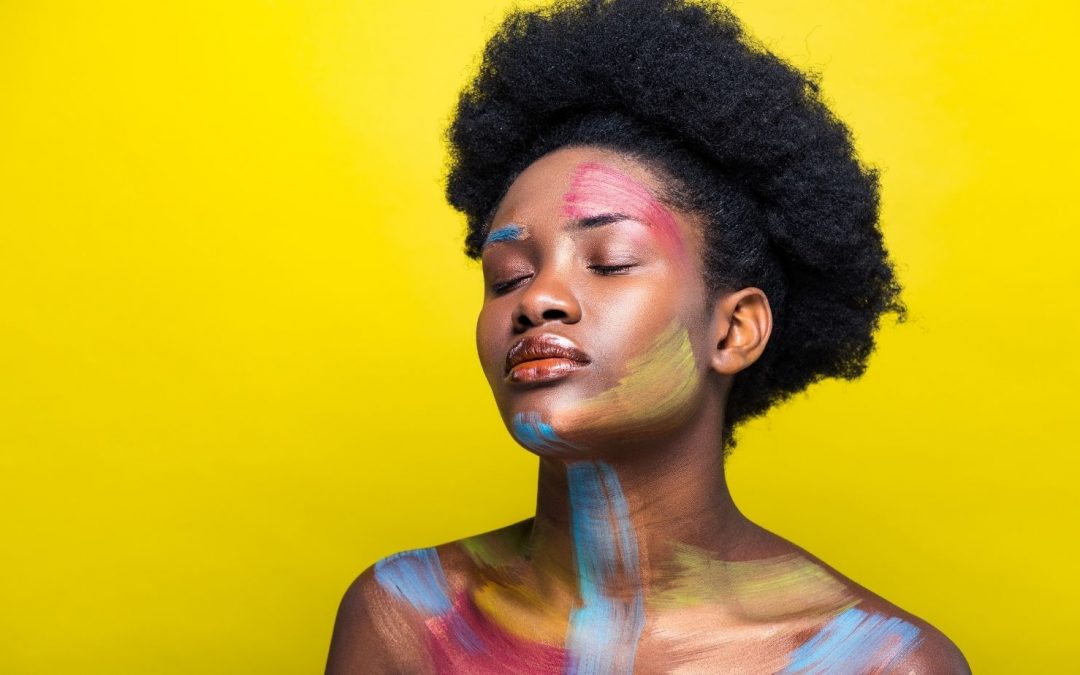 A large segment of the African art scene is centered in South Africa, where the rich artistic heritage of the region intertwines with current social, political, and cultural trends. African art has also exerted a strong influence on other types of Western art, including on Picasso, founder of the Cubist art movement, who even devoted a period of his career to a style inspired by African sculpture. Today, the well-known art broker Sotheby’s has established an auction dedicated to modern and contemporary African art.

The South African Sloto Cash casino invites art patrons and other art enthusiasts to explore some of the newest and most inspirational South African artists.

Nandipha Mntambo studied at the University of Cape Town’s Michaelis School of Fine Art and graduated in 2007 with a Master of Fine Arts. She focuses much of her work on the human body (she had originally thought about studying pathology) and expresses her vision through photography, video, sculpture, and mixed-media works. Mntambo is best known for her cowhide sculptures which she molds from her own form. These sculptures have been preserved in resin but alive with movement.

Mntamo has exhibited at solo shows within South Africa and at Andréhn-Schiptjenko in Sweden. Her work has been featured at the Norval Foundation’s inaugural exhibitions. She was a 2011 recipient of the Standard Bank Young Artist Award for Visual Art.

Some of her most notable group exhibitions have included Ngoma: Art and Cosmology at the Johannesburg Art Gallery; Materiality at the Iziko South African National Gallery;   Made Visible: Contemporary South African Fashion and Identity at the Museum of Fine Arts Boston and IncarNations: African Art as Philosophy? At the BOZAR Centre for Arts in Brussels.

Mntambo enjoys exploring how materials, forms, and key ideas from her archive could become functional in everyday life. In conjunction with Cape Town’s Southern Guild, she is examining the production of collectible furnishings through contemporary African design. 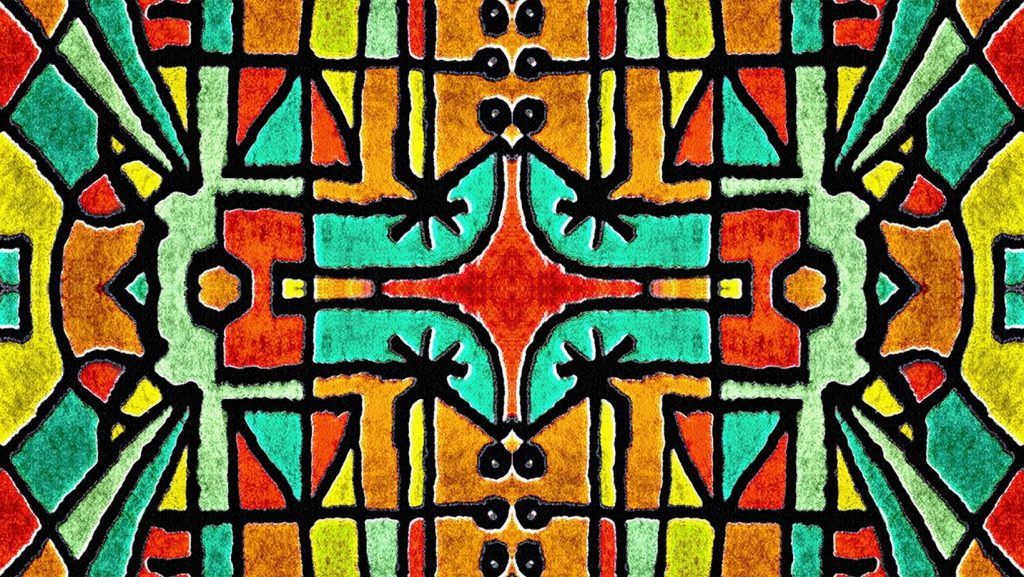 Mntambo says, “Lately, my interest lies in re-examining the concept of shape and forms and reflecting on my earlier sculpture and photography, using my current practice as a lens to look back.” She is currently exhibiting a presentation of large-scale paintings and seating objects as functional sculptures in an exhibit entitled Transcending Instinct which will be on exhibit until 8 April 2022.

RugaAthi-Patra Ruga is a young artist who uses performance, video, textiles, photography, and printmaking to explore notions of material and memory and of utopia and dystopia. Athi-Patra’s work explores the body in relation to ideology, culture, and sexuality through themes that include African culture, HIV/AIDS, and queerness in post-apartheid South Africa.

Athi-Patra Ruga comes from the Eastern Cape. He studied fashion history and design at Johannesburg’s Gordon Flack Davison Design Academy. His explorations of queerness, dystopia, South Africa’s post-apartheid society, and HIV/AIDS elicit uneasiness among many…..which is the reaction that Athi-Patra is looking for. He uses fashion and body language to show the clash between social norms and legal and individual freedoms.

Some of the features in Transcending Instinct include four seating objects, each of which has a recurring modality or motif from others of Mntambo’s works. There are ink drawings and oil paintings, a hut-like Alcedo sculpture; a hump shape rounded rocking stool, and a bowl-like chair that engulfs the person sitting in it.

African culture and traditions are seen everywhere in the exhibit, from the Zangbeto – a voodoo spirit regarded by the Benin and Egun peoples as guardians of the night to the many representations of the balance between human and animal that are seen throughout the exhibit.

One of Athi-Patra’s most recent exhibitions is a blend of tapestry, sculpture, video, performance, and photography, which create the Future White Women of Azania saga, which draws references from pre-Xhosa history and post apartheid South Africa. The exhibit tells the history of a line of queens who rule the lands of Azania and includes calls for radical transformation and demands for justice.

Athi-Patra uses Azania as a framework to explore the history of South Africa critically by emphasizing the silencing of black voices and unrealized ideologies of reconciliation, forgiveness, and redemption as experienced in post-apartheid South Africa.

Louis Khehla Maqhubela was a pioneering South African artist who passed away this past November. His legacy is a long and illustrious one that includes giving a voice to South Africa’s black, urban “township artists” of the ‘50s, ‘60s, and ‘70s as they migrated from prescriptive expressionism to internationalist styles.

Maqhubela was raised in Durban, then in rural Matatiele, and finally in Johannesburg. In the late 1950s, he was a member of Durant Sihlali’s weekend artists group, after which he studied under Cecil Skotnes, who was known for his incised and painted wooden prints, wooden panels, sculptures, and tapestries.

Maqhubela also learned under the tutorship of Sydney Kumalo and worked as a commercial artist, creating paintings and mosaics in schools, halls, hospitals, and bar lounges in and around Soweto. 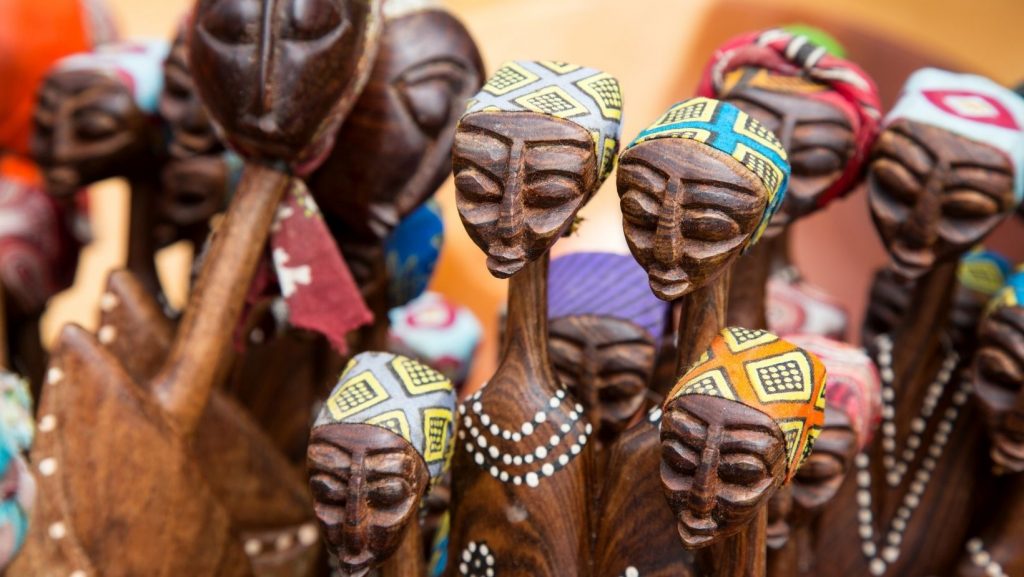 Maqhubela’s style involved the use of non-descriptive color, expressionistic paint application, and rigorous draughtsmanship, which distinguished it from the stereotypical depictions of black township life, which was the acceptable style of the era. His Peter’s Denial won him first prize at the annual Artists of Fame and Promise – the first black artist to win such a prestigious award.

In a visit to England, Maqhubela sought out South African-born artist Douglas Portway who guided Maqhbela in exploring the metaphysical and spiritual realms of art. After his return to South Africa, Maqhubela told an interviewer. Shortly afterward, he broke with his period of figurative expressionism and began to explore modernist abstraction through a quest for spirituality. By 1973 he had moved to Europe with his family to escape apartheid.

Maqhubela is best remembered for his pieces which exhibit spiritual forms and concerns.