Who are South Africa’s Most Famous Artists? 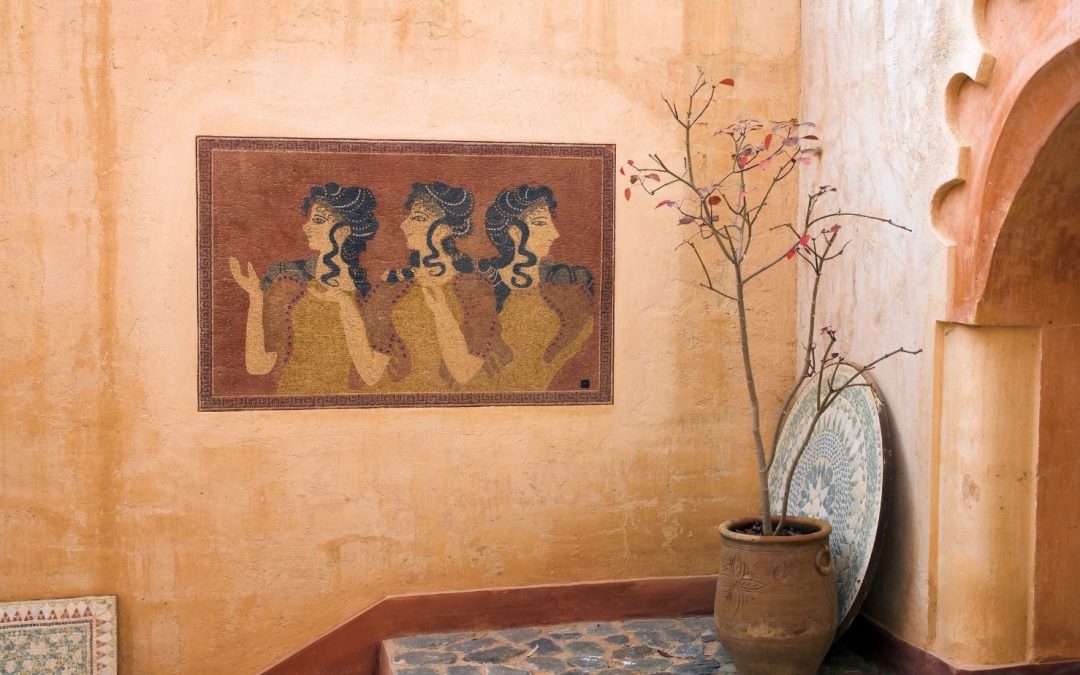 South Africa has some of the world’s oldest art. Archaeologists and anthropologists have dated cave paintings created by the San, Bushman, and Khoisan tribes to 10,000 BCE. Over the years, different types of art evolved with different types of influences from the various tribes and cultures of the region.

When Europeans arrived in South Africa in the mid-19th century, the traditional art of the indigenous peoples began to mix with the style that the Europeans brought with them. By the early 20th century, some artists were already moving away from this mixed art towards a style called “art in realism,” which was a unique style that relied on neither native nor European influences.

The FairGo casino login invites you to explore some of South Africa’s best-known artists, both those working today and those of the past.

Gerard Sekoto was a South African artist and musician. His work spanned the 20th century, and he is often called the father of social realism and urban black art. He was recognized for the way he was able to capture the realism and humanity of everyday scenes where he focused on Black South Africans. As part of that world, he could express those scenes as an insider without the distance that separated European artists of the era from their subjects.

Despite the success that he experienced in South Africa, he exiled himself to Paris in 1947. He wanted to be able to succeed despite his skin color. He returned to South Africa on visits but continued to live in Paris until his passing in 1993.

Today Sekoto is recognized as a pioneer of black South African art. Through his art, he provided a social perspective that introduced the human situation to many people who, otherwise, would have known nothing about it. His paintings were regarded as political by the ruling white government.

Jacobus Hendrik (Henk) Pierneef was one of South Africa’s best-known landscape artists. He worked throughout the first half of the 20th century, creating landscapes of the Highveld plateau using flat planes, color, and lines that are meant to simplify the landscape into geometric structures. 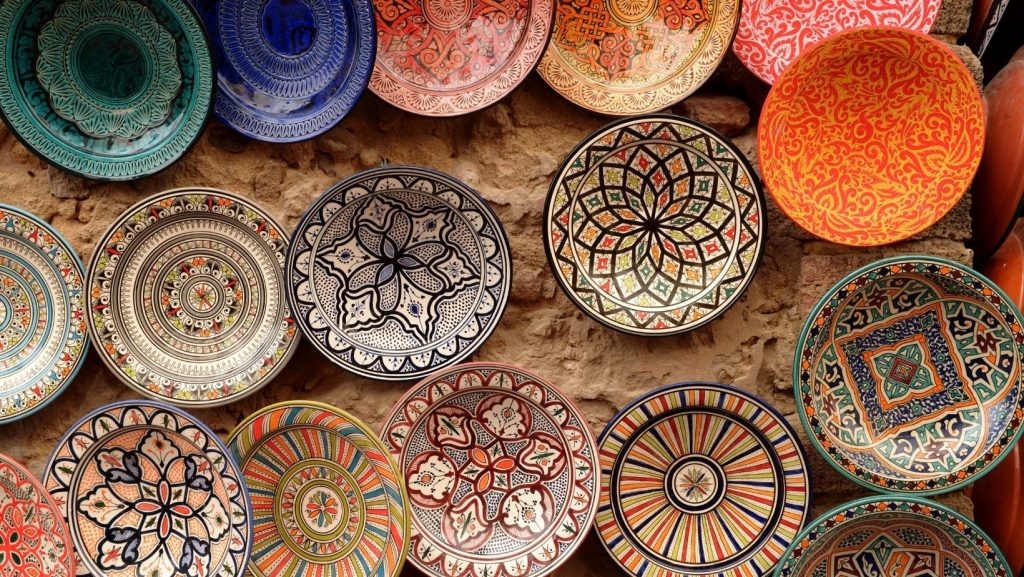 Pierneef left South Africa for a period to live in Holland, during which time he was influenced by Dutch masters. In his own work, he focused on etchings and linocuts, but many of his greatest works were oil paintings.

Pierneef’s early influences included the Impressionist style and the Post-Impressionist’s treatment of light and color. He saw that South African light was different than that found in Europe, and he incorporated those variations into his work, including how the light changes texture and dimensions.

Pierneef is, perhaps, best known for his belief that the triangle is the basis of African art. He often used the triangle for decorative borders in his graphic artworks and in his compositions. This is where his own geometrical Art Nouveau Style originated.

Many people have seen Pierneff’s work at the Johannesburg railway station, where 32 panels of his work adorn the walls.

Bonnie Ntshalintshali was only 32 when she died in 1999, but her art will live on forever. Ntshalintshali was a sculptor and ceramicist who drew inspiration from her rural surroundings, Zulu traditions, and Christian beliefs to construct complex and colorful art. She was mentored by Fee Halsted, who took her on after Ntshalintshali’s mother, concerned that Ntshalintshali would find it hard to do physical work due to physical limitations from having contracted polio searched for some kind of alternative work for her daughter.

Halsted called Ntshalintshali’s craftsmanship “skill and perfection.” Ntshalintshali was influenced by Halsted’s Western approach to art but incorporated her own Zulu traditions and customs with layered storytelling that could be seen through the intricate details displayed in each piece.

Ntshalintshali’s art spanned the ‘80s and the ‘90s, showing peaceful, rural African scenes. She did not use her art to express oppression, inequality, political strife, or violence. Her skills came from the ability to look at a scene and model it into visual 3D art.

Vladimir Tretchikoff was born and raised in Siberia. His family fled to China after the Russian Revolution of 1917, and that era, together with a period during World War II when he lived under the Japanese, was tremendously influential on his art. Tretchikoff was self-taught. His works included still lifes, animals portraits, and other realistic figures, which he painted and sketched in oils, watercolors, charcoals, pencil, and ink.

Tretchikoff considered his work to be “symbolic realism,” and his subjects often included floral still lifes and vivid portraits of women. In 1952 Tretchikoff painted Chinese Girl, a portrait of an Asian girl with bluish-greenish skin looking outward pensively. Eastern model Monika Pon-su-san posed for the painting, and it’s not only one of Tretchikoff’s best-known paintings; it’s one of the best-selling prints of the 20th century. The widespread availability of that and other reproductions led to a high volume of sales which made Tretchikoff one of the wealthiest artists in the world. 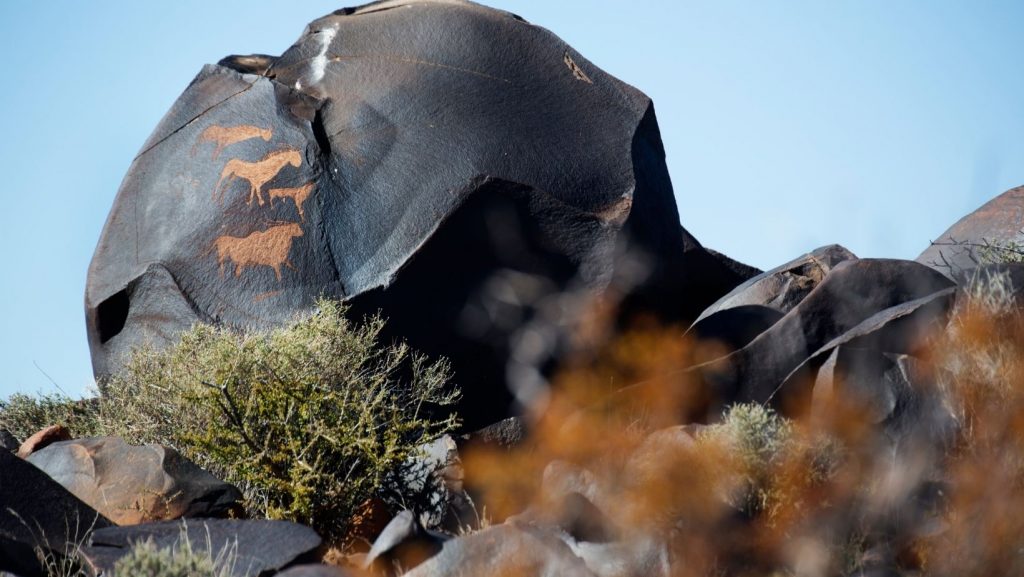 Esther Mahlangu is a member of the South Ndebele people in the Mpumalanga province. She learned traditional Ndebele mural painting as a child as part of the tradition in which the tribe’s women would paint the exterior of the home. When she was 51, her local paintings were seen by French researchers who were traveling in the area to research traditional paintings. They invited her to create murals for an international exhibition, and from then on, she began painting her geometric patterns on canvas.

In her 60s, Mahlangu exhibited around the world and then started an art school in the backyard of her home with the goal of preserving the Ndebele heritage. Today she continues to mentor young artists in the traditional Ndebele style.