The hilltop town of Motovun, Croatia, has vineyards producing which type of wine? 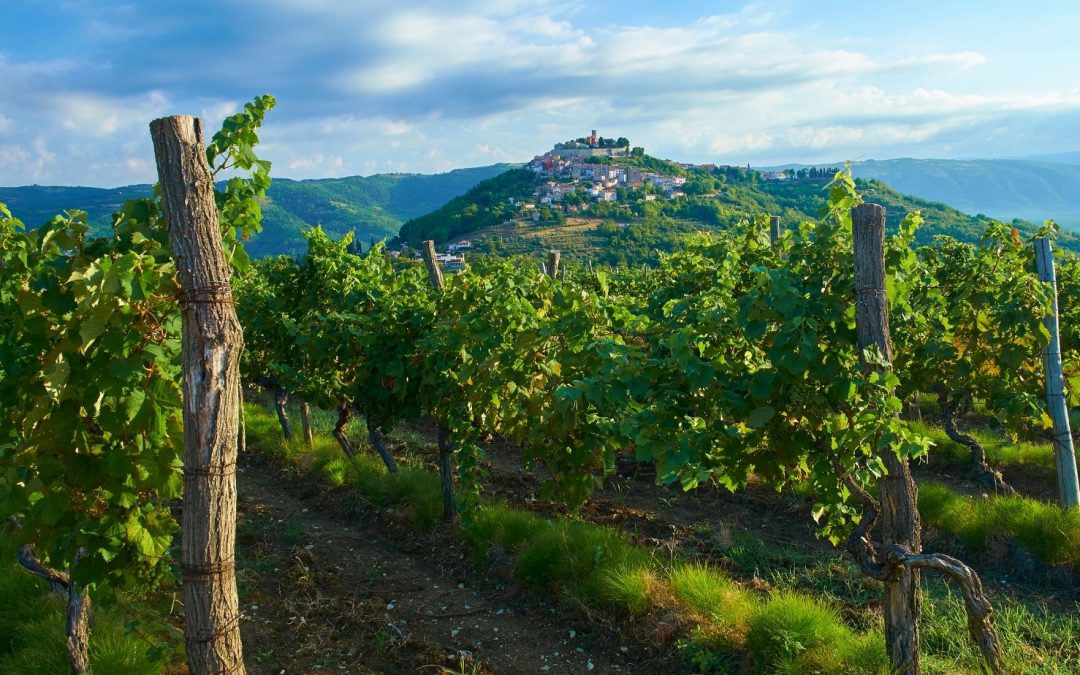 Croatia is a small country located between the eastern parts of the Alps, the Adriatic Sea, and the Pannonian Basin. For its relatively small size, it packs quite a punch. A land of 50,000 sq Km, and only 4 million people, it holds a diverse climate and is packed full of history. Some of the cities on the coast are as old as ancient Greece and Rome.
An average person outside of Europe generally knows very little of Croatia. Some might know about their feats at the Football World Cup of 2018 or maybe even Dubrovnik due to Game of Thrones filming there. Even for those that know a little, the most overlooked part of Croatia is its cuisine. It combines the hearty meats of Slavic cuisine with Mediterranean flavors, from the finest olive oils to smoked meats, from decadent truffles to complex wines. Wine and olive oil are produced all across the country, but one region stands apart as a standard of excellence: Istria, the heart-shaped peninsula.

The region of Istria

Located in the west of Croatia, Istria itself is a mix of different influences. From ancient Romans, who built the colosseum in Pula and Greeks, to Slovenes, Germans, Austrians, Italians, and Croatians. Everyone wanted a piece of this beautiful little peninsula. Due to constant conflict in the region, inland cities were built on hilltops, surrounded by vineyards. One of them is Motovun, the home of truffles and Teran wine. They even have their own festival dedicated to these decadent delicacies. 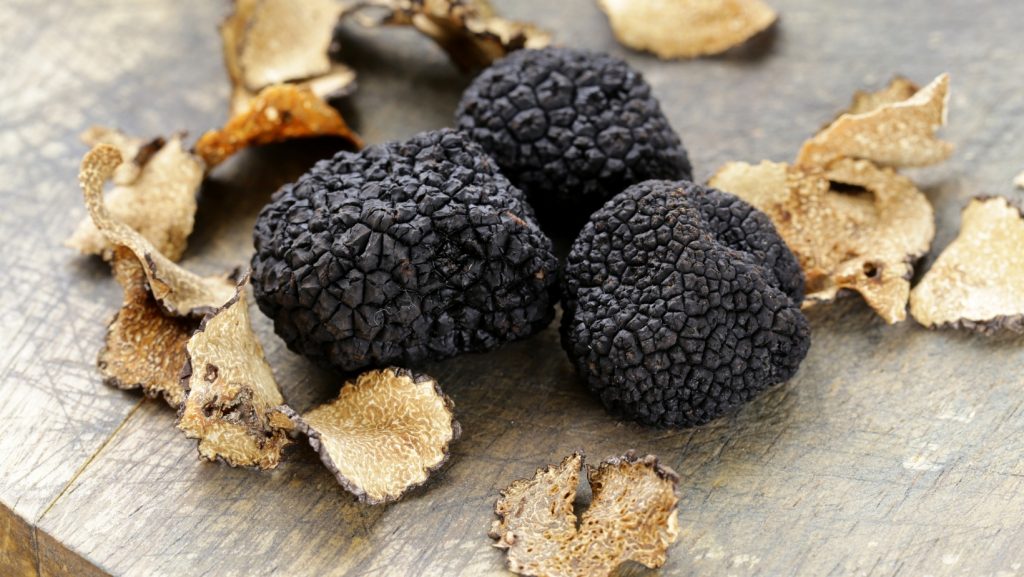 The building block of Istrian cuisine, as well most of Croatia, is olive oil. Currently, Istria stands as the best region for extra-virgin olive oil for the sixth year in a row. As a matter of fact, Croatian producers make up 14% of the best in the industry across the world, more so than Italy or Spain, which are much larger producers. And if olive oil is not enough, Istria is the only place where you can find white truffles outside of Italy. You can even go on a hunt for them yourself. Just contact one of the families that joins the dogs on a day out. Since truffles are imperceptible to humans. You need specially trained dogs to find them. And who knows? You might even beat Giancarlo Zigante in finding the largest truffle ever. His was 1.31 kilogram just for the record. The perfect addition to these local delicacies is the locally produced wines.

As mentioned, Istria is the home to the finest wines in Croatia. It’s very hard to find a bad Istrian wine. The crown pick of the reds would be Teran, Teran is still the most produced type of wine, and its grapes cover more than 400 hectares. Its color is ruby-red (or, as it’s called in Croatia, rabbits blood) and has a very rich and robust character. It is slightly higher in acidity and rich in tannins. The best pairings for this wine are beef steaks and venison.
The queen of the white wines must be Malvasia. Different strains of Malvasia exist all across the Mediterranian, and it is commonly believed that they all come from the region of Monemvasia in Greece. Though first written records of Malvasia in Istria date all the way to the 1650s in Novigrad. Its popularity boomed during the 1990s when the production was increased in volume and quality. It is a full, rounded and harmonious wine with a great fruity and aromatic floral potential and golden yellow color. Most commonly, it is paired with grilled white fish or pasta with fresh asparagus and vegetables. 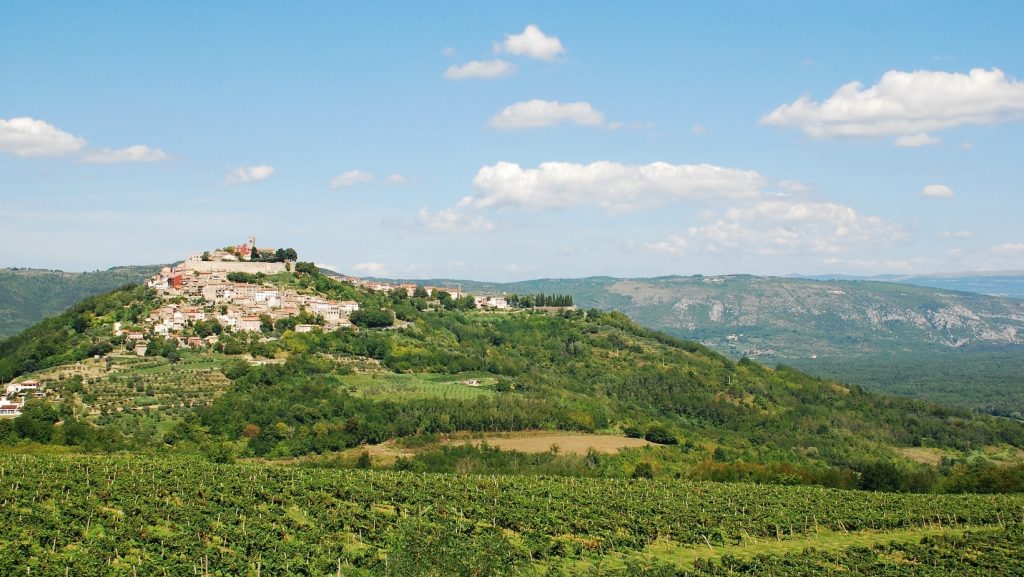 If you wish to visit Istria any time soon, we recommend you visit the wineries of Kozlovic, Rossi, Roxanich, and Benvenuti. Most of them are located on the west side of the peninsula. A day spent indulging in the local olive oils, cheeses, truffles, prsut, all washed down with some Istrian wine, is a day you won’t forget.