New York: Stunning buildings that used to be banks 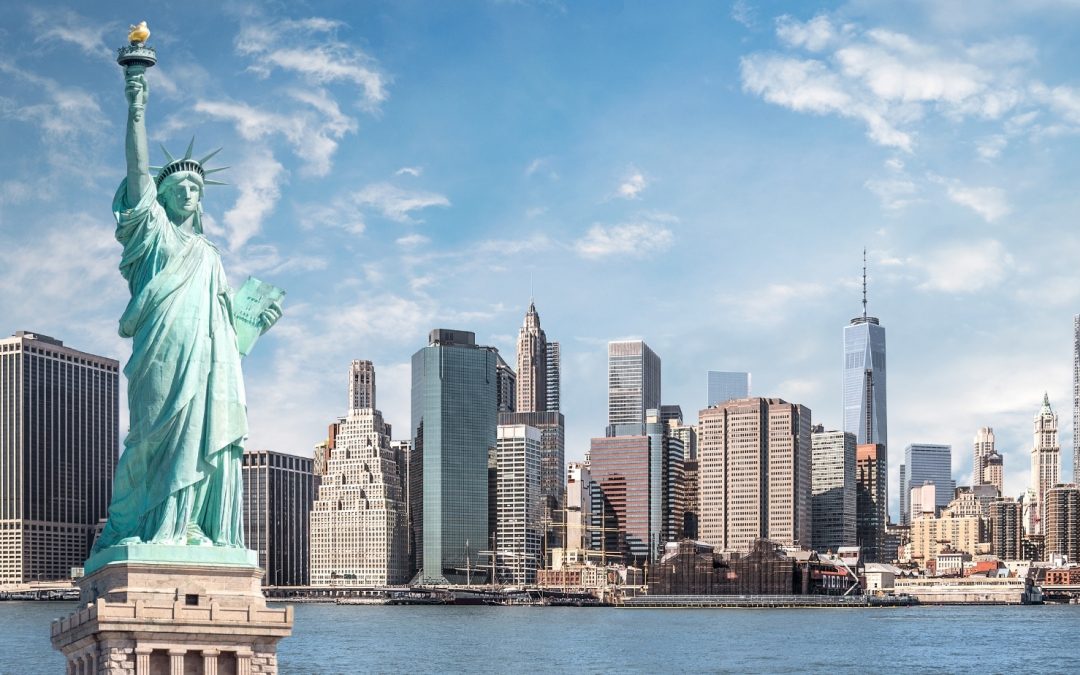 There is no place like New York. Sinatra said it best, “a city that doesn’t sleep”, “if I can make it there, I’ll make it anywhere”, that’s New York for you!

The city is known for its yellow cabs, Statue of Liberty, Broadway, Rockefeller Center, Madison Square Garden, and Yankee Stadium, to name a few iconic symbols.
With its famous stock market and a financial district in the southern part of Manhattan, what used to be Wall Street isn’t Wall Street anymore. The majority of banks and investment firms moved their headquarters to midtown Manhattan in recent years and downtown Manhattan ended up with all these beautiful buildings that used to be banks. Let’s look at some examples that are hard to ignore.

A history of Banking

In 1784 Alexander Hamilton founded the Bank of New York in order to stabilize the financial situation in America following the Revolutionary War. Philadelphia had the only existing bank in North America at the time when it was extremely difficult to conduct business of any kind. The Post Revolutionary War era was a period of opportunity for New Yorkers since New York became the capital of the state and the nation. Alexander Hamilton, an economic expert, together with a group of men that he led, created the Bank of New York, which quickly showed its prosperity. This gave New Yorkers hope and showed them their city’s financial potential. Soon after, Hamilton became the Secretary of Treasury and helped bridge the gap between the bank, the state and the national government. The Bank of New York and its fundamentals built by Hamilton helped American financial markets, the banking system and was known as the safest and the largest bank in New York City.

Ever since New York was founded, originally known as New Amsterdam, the Financial District, even with the huge rise of cryptocurrencies recently, has been a staple of the world’s economy. In 1792 twenty-four stockbrokers started the New York Stock exchange located at 11 Wall Street. With Interborough Rapid Transit opening in 1904, the number of people coming through the region increased, which made the Financial District a world banking centre and a centre for commerce and industry.

Here’s a look at some of the most beautiful and iconic buildings that used to be banks. 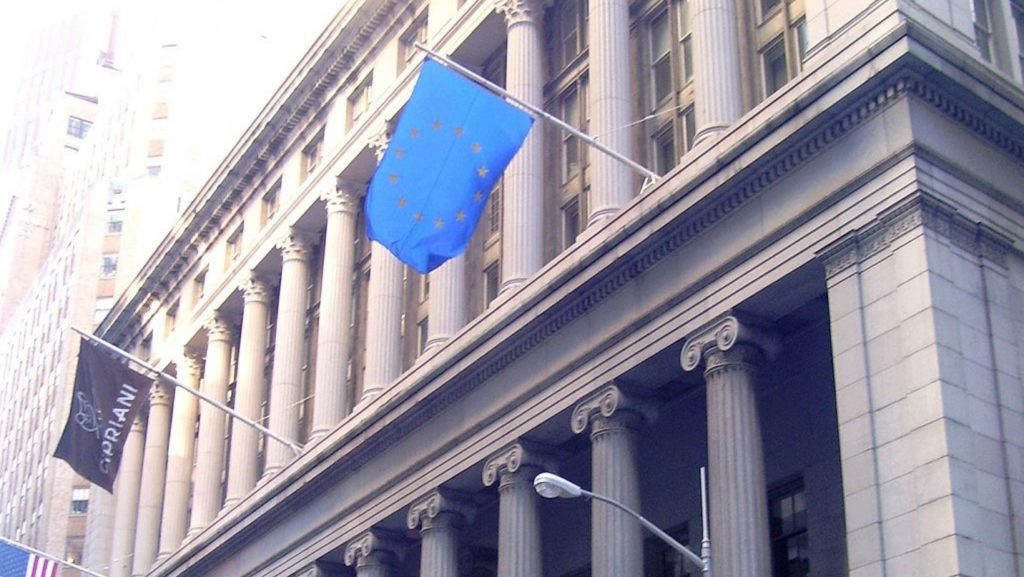 Located at 55 Wall Street and built in the Greek Revival style in the 1830s, this stunning building was once the National City Bank headquarters (today known as the Citibank). Today is a condominium with a grand ballroom and an event venue. Prior to that, this building was the United States Custom House. The building’s interior was completely restored and rebuilt in the early 1900s to look like the Pantheon in Rome. An interesting fact about this building is that the basement consisted of jail cells once used by the Custom House. 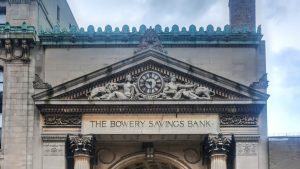 The Bowery Savings Bank was named a landmark and today serve as a beautiful event hall, a restaurant, night club and wedding space. Another beauty built under the influence of Roman architecture designed by Standford White who is well known as the man behind the arch in Washington Square Park, as well as the Rosecliff mansion in Newport. 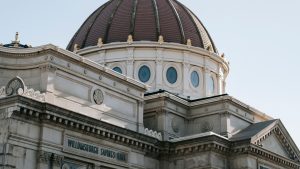 Located in Brooklyn, just south of the Financial District, Williamsburgh Savings Bank is known for two Brooklyn landmarks; a tall clock tower which is a luxury condominium known as One Hanson Place, and Greco-Roman domed building, which today serves as an event hall. The clock tower used to be the bank headquarters, designed in a Byzantine style and built-in the 1920s. The domed building used to be the bank up until 2010, when it was sold for $4.5 million. 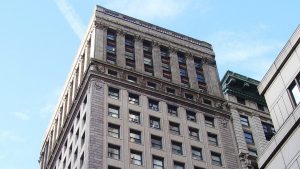 The intersection between Spring Street and Lafayette sports has what is probably the prettiest Duane Reade in the entire city. In case you’re not familiar with Duane Reade, it’s a chain of pharmacies and convenience stores. This particular store is located in the building that formerly housed East River Savings bank. Designed by Cass Gilbert, who also designed the U.S. Supreme Court building and the Woolworth building.

Beyond My Ken, CC BY-SA 4.0, via Wikimedia Commons

Beyond My Ken, CC BY-SA 4.0, via Wikimedia Commons