Which dog breed got its name from a region in Croatia? 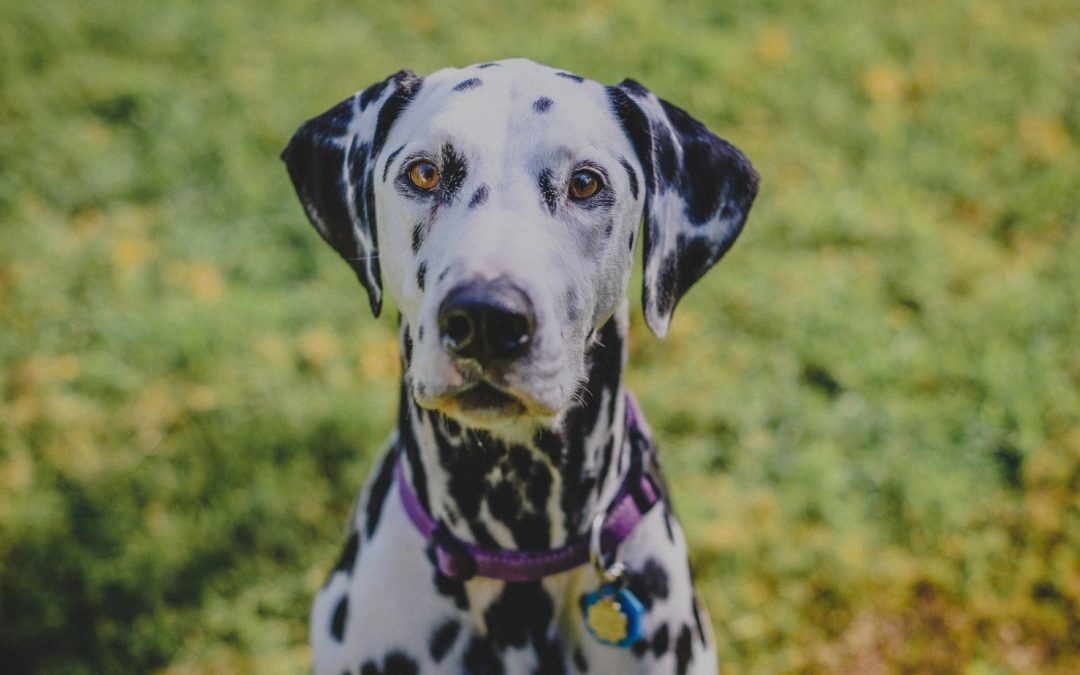 Although its origins are unknown, the Dalmation dog calls the region of the same name, Dalmatia, home. A medium-sized, muscular dog, the breed is famous for its distinctive back spotted coat on white fur. Popular culture has brought international attention to the breed, in particular with movies such as 101 Dalmations.

Historically it was used as a status symbol all across Europe, but especially in the United Kingdom, where the first Dalmatian Club was founded in the 1890s. But dogs aside, beautiful as they are, they are not the only thing Dalmatia has to offer. It’s a wonderful summertime destination, as popular as Greece, Turkey, and Spain in more recent years. So, if you are looking for a wild adventure, a relaxing beach holiday, or a historical time warp, you’ll find everything on this small stretch of land. 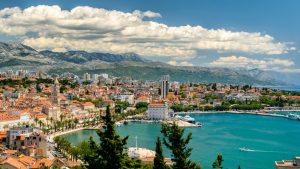 Split, The largest city in Dalmatia

After the Romans settled in the region in the first century BC, a wave of urbanization came. Cities like Split, Zadar, and Dubrovnik draw their ancestry from these settlements. The Roman Legacy is there to see today, with some of the best-preserved ruins you’ll find anywhere in Europe.
Diocletian’s palace is a spectacular sight to see. Built as the retirement home of the Roman emperor Diocletian, it was inhabited by a mixed population of Roman descendants and Croatians after the fall of the city of Salona several kilometers to the west. An entire sprawling city was built in and around the palace. Today it is the beating heart of the city of Split, filled with maze-like streets that are lined with bars, shops, and restaurants. 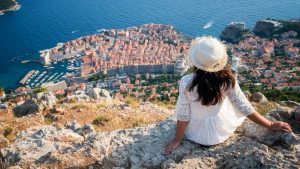 Looking down the old town, Dubrovnik

If you head 200 kilometers to the south, you will get to the pearl of the Adriatic, Dubrovnik. Formerly an independent city-state for centuries, which rivaled the maritime republics of Italy, like Venice, Ancona, and Genoa, now a premier tourist destination with top-of-the-line hotels and restaurants.
A part of its rich history is the walls of the city itself. One of the best-preserved walled cities in Europe, visiting Dubrovnik is like a trip back in time.
Dubrovnik has also been known recently as a major filming location, most notably Game of Thrones, with the city doubling as King’s Landing from the second series on. The eighth installment of the Star Wars saga was also filmed on the main street of the old town and the most recent Robin Hood movie.
Another town worth visiting is Ston, which is located north of Dubrovnik. It is famous for its naturally grown mussels and oysters and a 5.5 kilometers long complex of medieval defensive walls and fortresses. 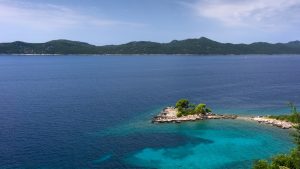 Clear waters of the Adriatic

If you maybe prefer to rent out a boat, or even own one, a tour of the dalmatian islands would give you the most relaxing few weeks ever. From the island of Lokrum in the Dubrovnik area, across the island of Hvar, all the way to Pag in the northern part. Secluded, sandy beaches, hidden on uninhabited islands, are the perfect way to spend afternoons. A small detail you might not know. Restaurants on these islands have parking spaces for boats! 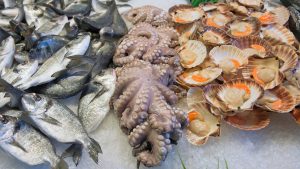 If you are a foodie, (who isn’t?), there are so many different types of food and drinks to try. Olive oil tastings right there in the mills where the oil is pressed, eating fresh oysters in the Bay of Ston. The specialties of the islands would definitely be fresh grilled fish, doused in rosemary olive oil and served with steamed vegetables. On the mainland, you can find air-dried prosciutto, served with olives and cheese, followed by meat dishes like grilled lamb or veal prepared under a baking bell, or locally called-Peka. Though the food is not saturated with spices, there is no meal without olive oil, dried herbs like laurel, rosemary, sage and basil.

So if you are coming to Dalmatia, keep a keen eye out for the dogs. You know, the ones with the black-spotted coat on white fur. But don’t forget about the rest! Eat the food, drink the wine, and pet the dogs!